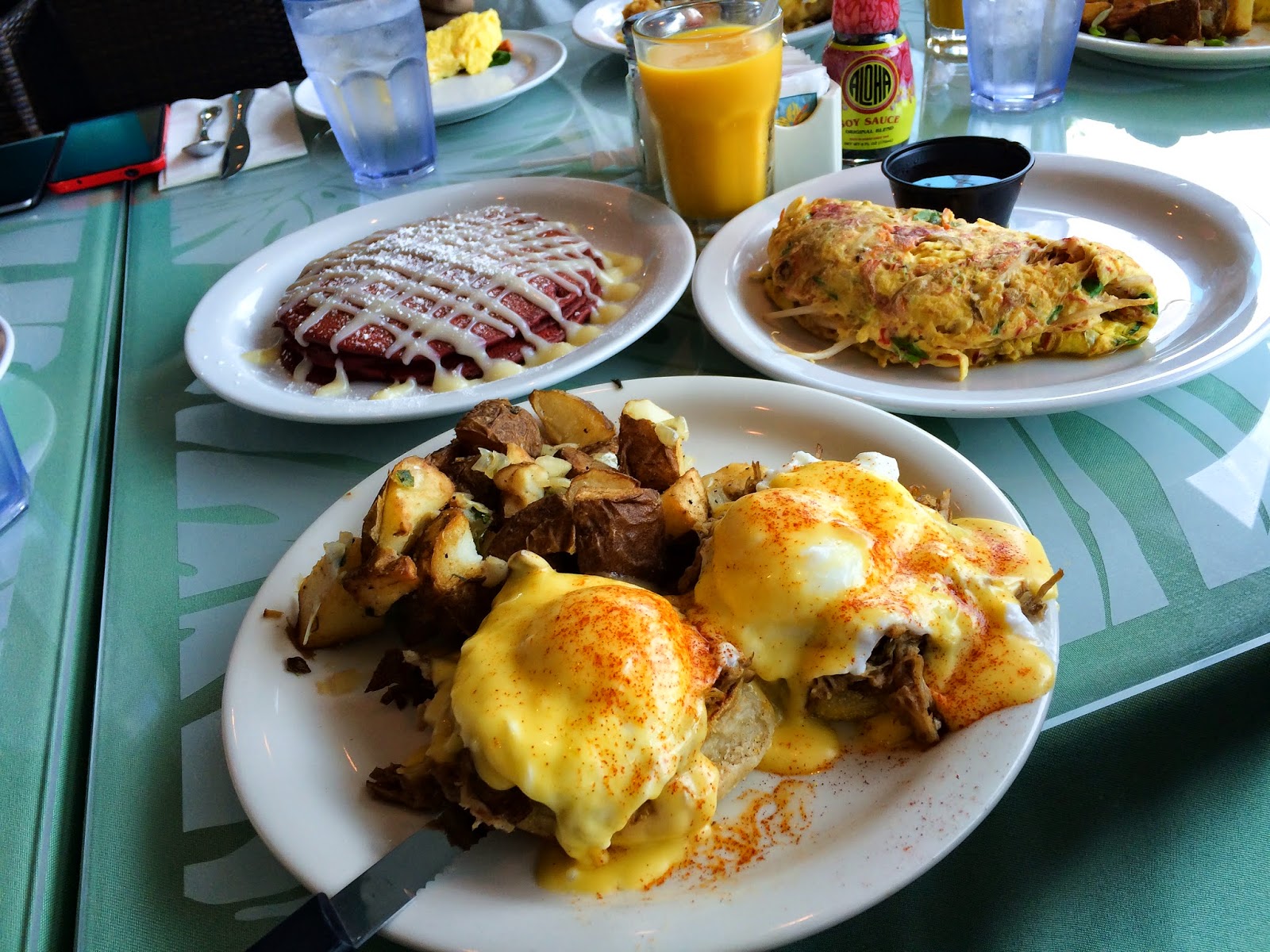 We ordered the famous Kailua pork with farmer’s egg Benedict, as well as the Chinese style omelette, and red velvet with white chocolate pancakes. It was so freaken delicious. This is by far the best eggs benedict I have ever eaten, even though the hollandaise sauce at Heavenly’s was better.
MOPED TIME! 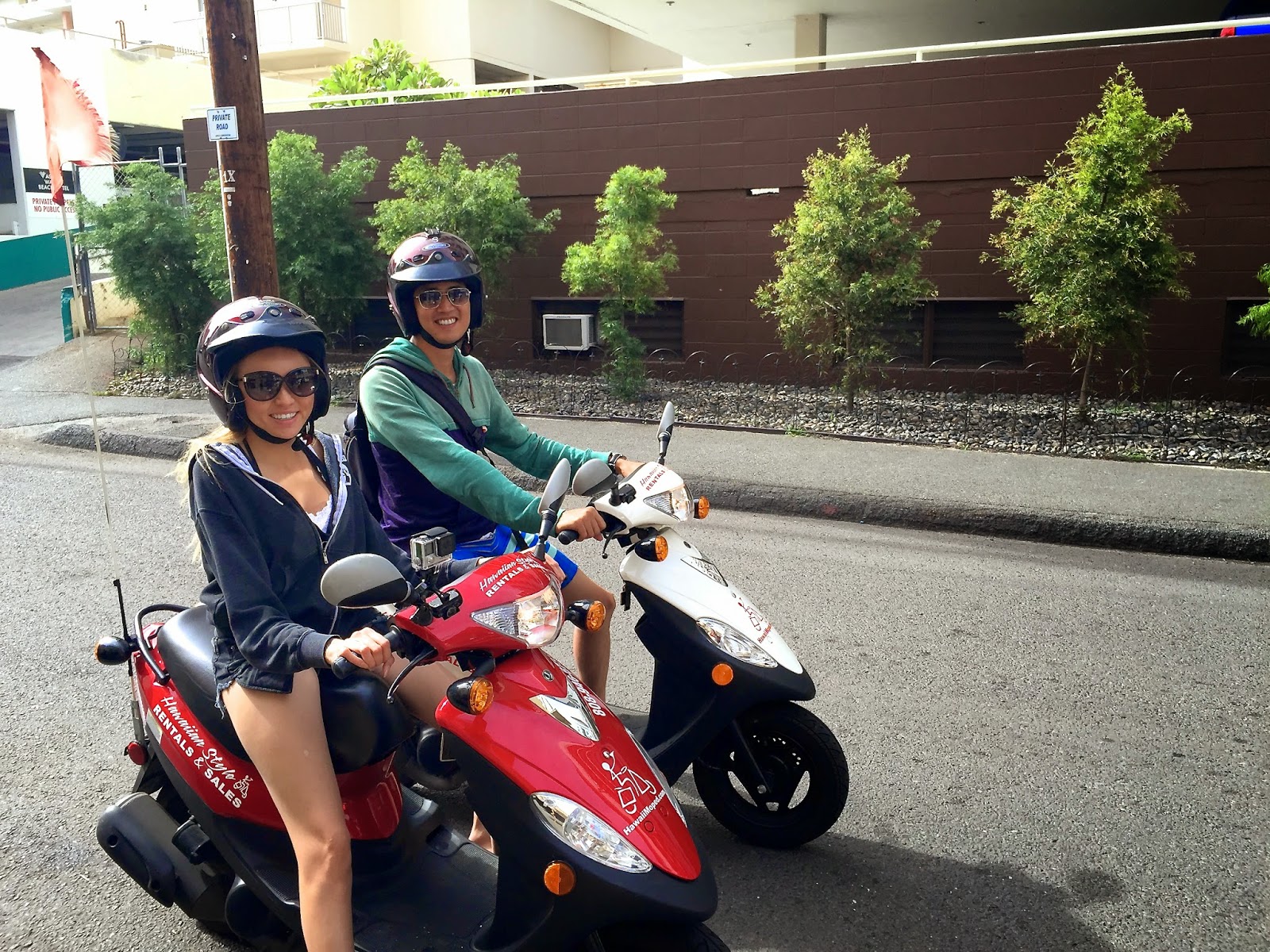 We rented mopeds to ride throughout the island to explore. It was definitely a fun, and exciting experience, and by far the best thing I did the entire trip.
LUNCH TIME!
Zippy’s Koko Marina
Apparently, Zippy’s is like the McDonald’s of Hawaii. They serve fast food Hawaiian style, and there is NO refill on your drinks -_-. We ordered the chili sauce, with fried chicken, and macaroni salad with rice. I believe this is like a combo on the menu. 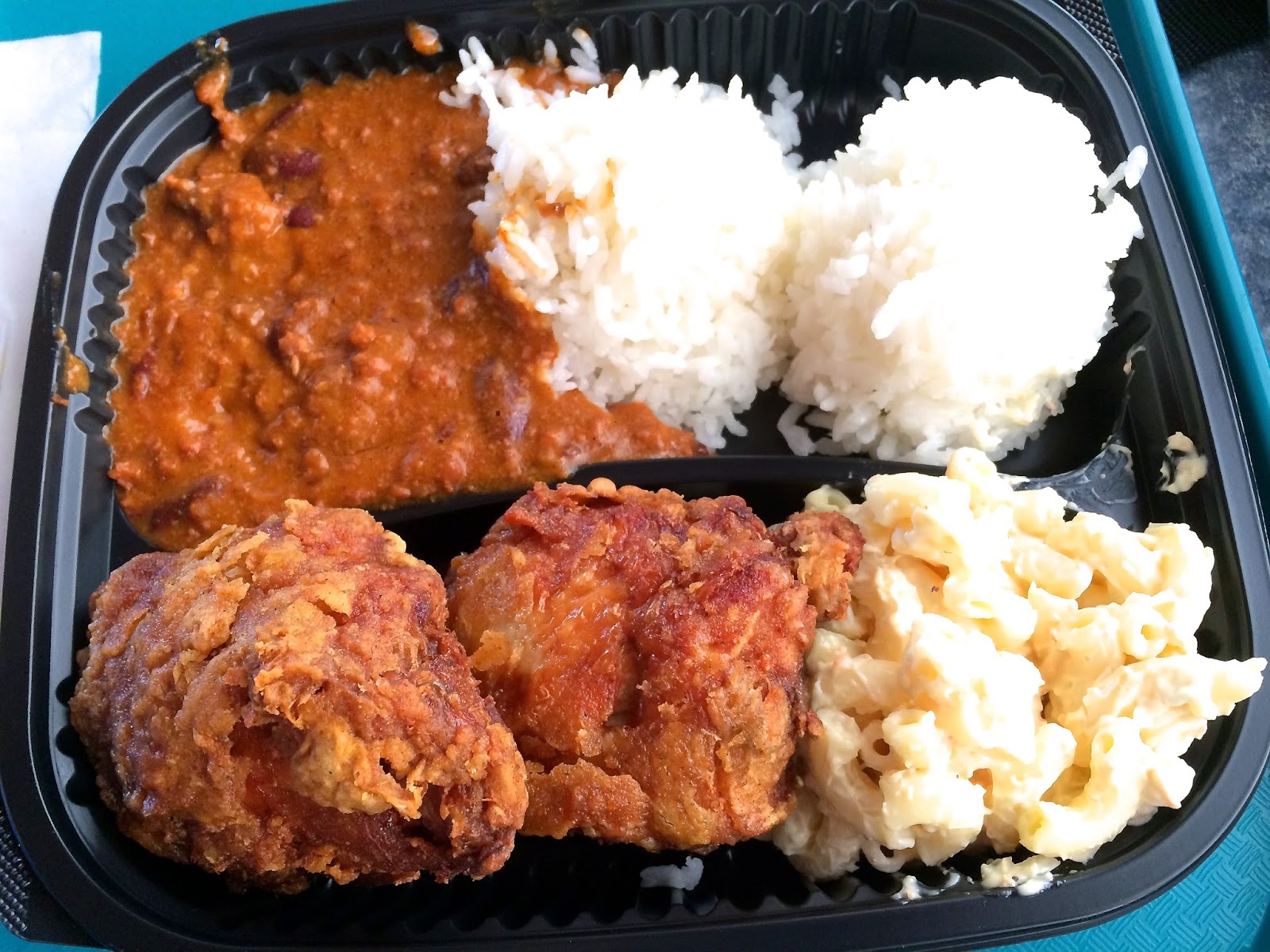 Diamond Head Trail
After our break stop at Diamond Head, we continued driving around. We took a stop at the side of the freeway. We saw how pretty the rocks and the water are, we decided to make a climb down the freeway into this area, even though there were clear signs that prohibits us from climbing down. 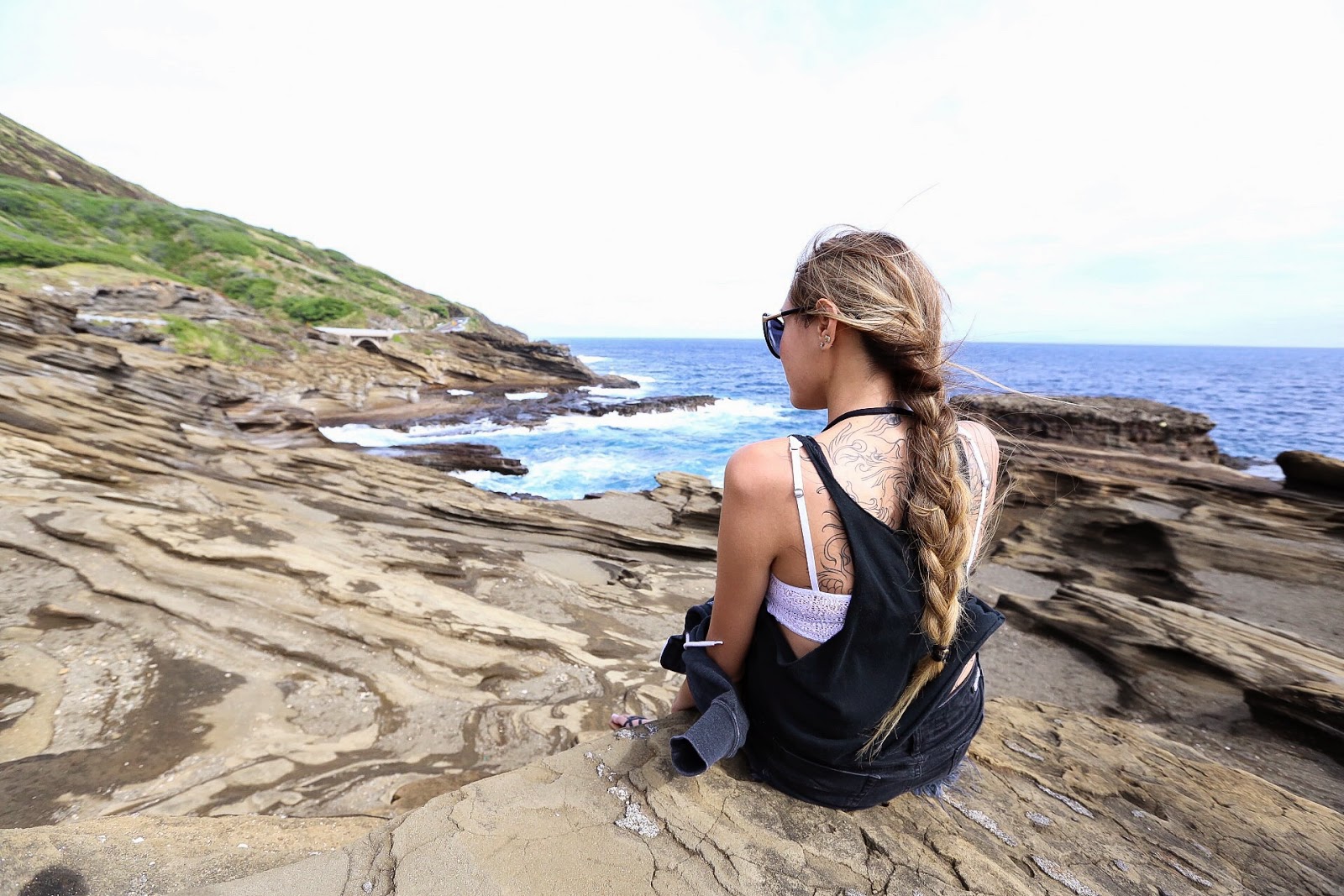 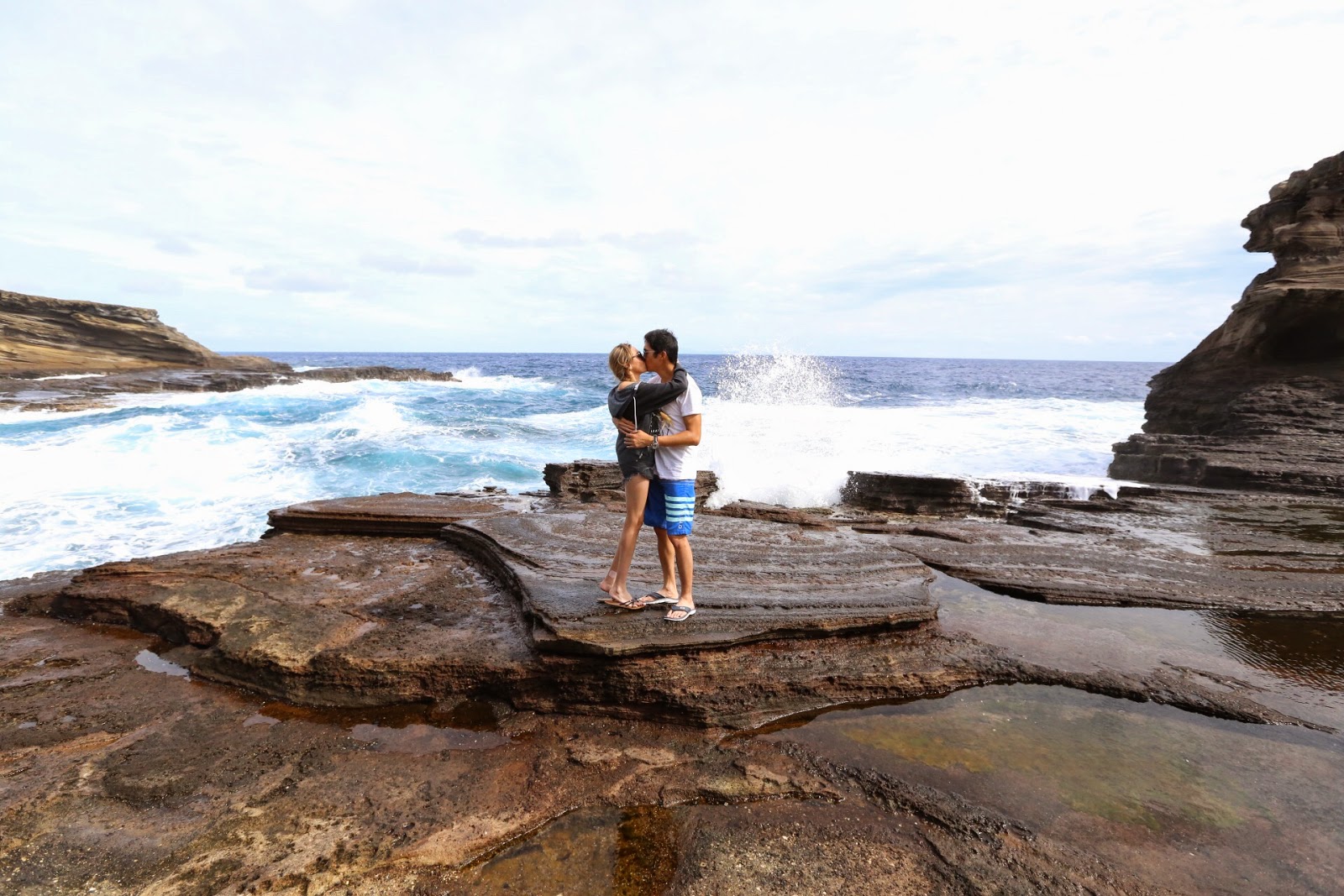 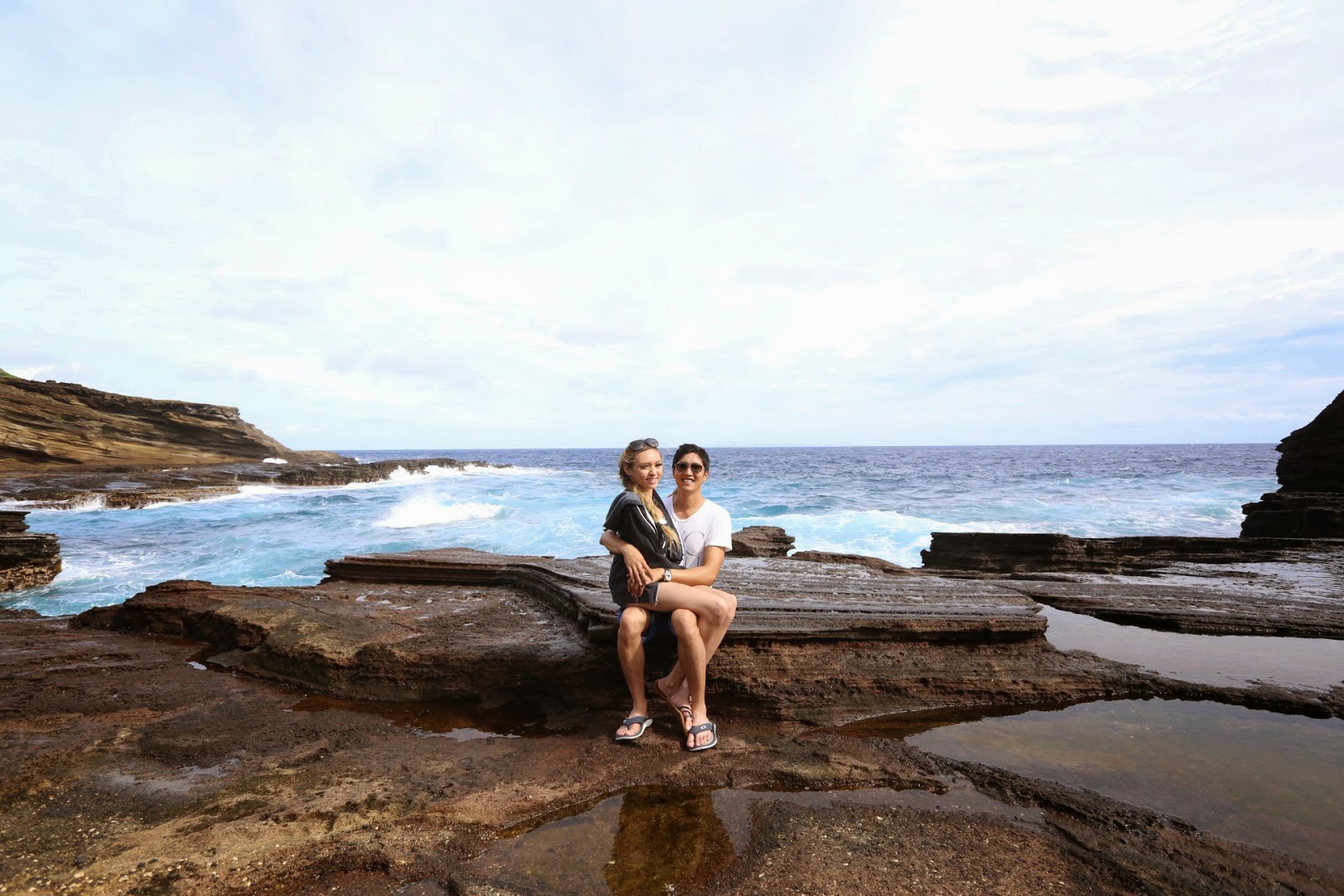 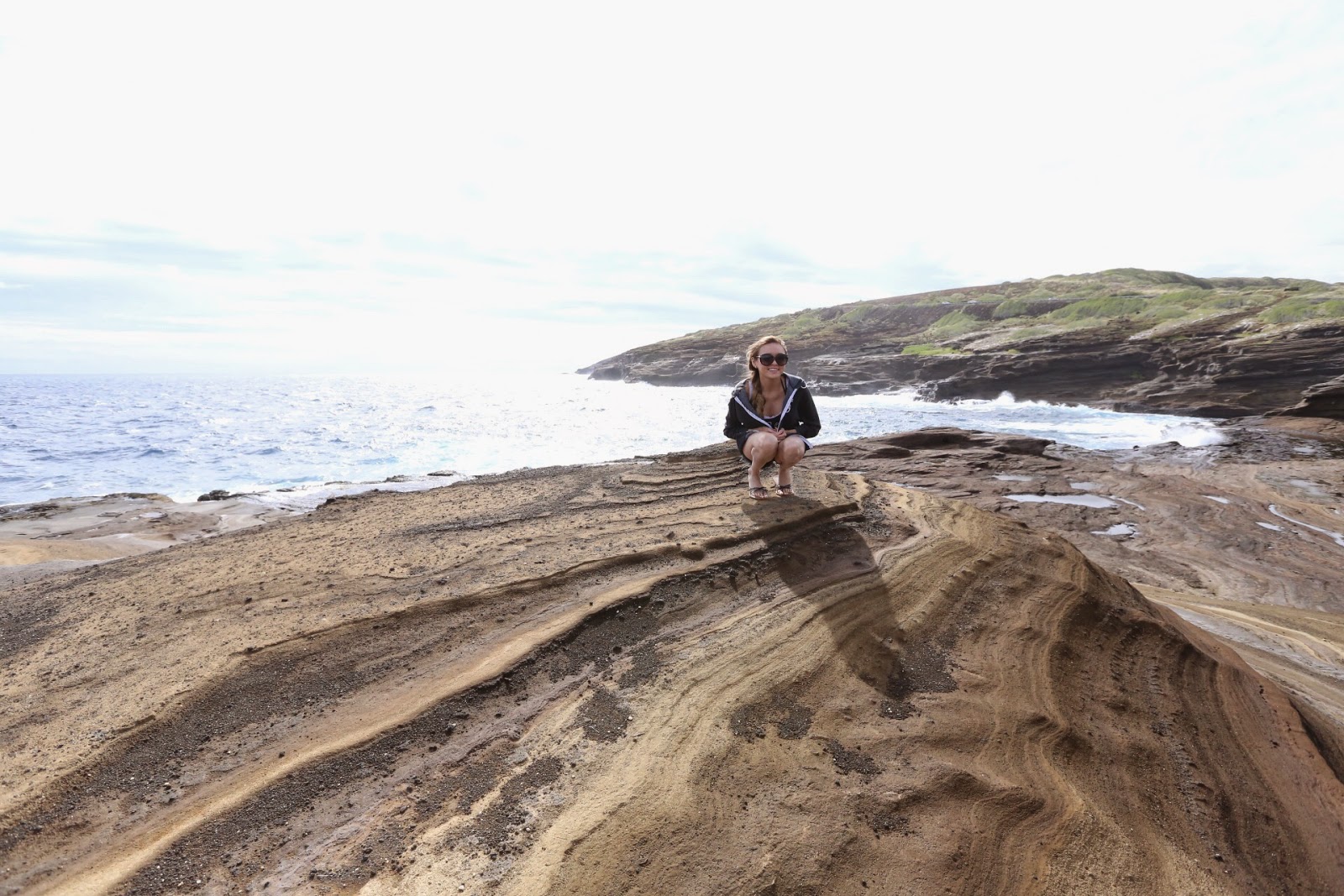 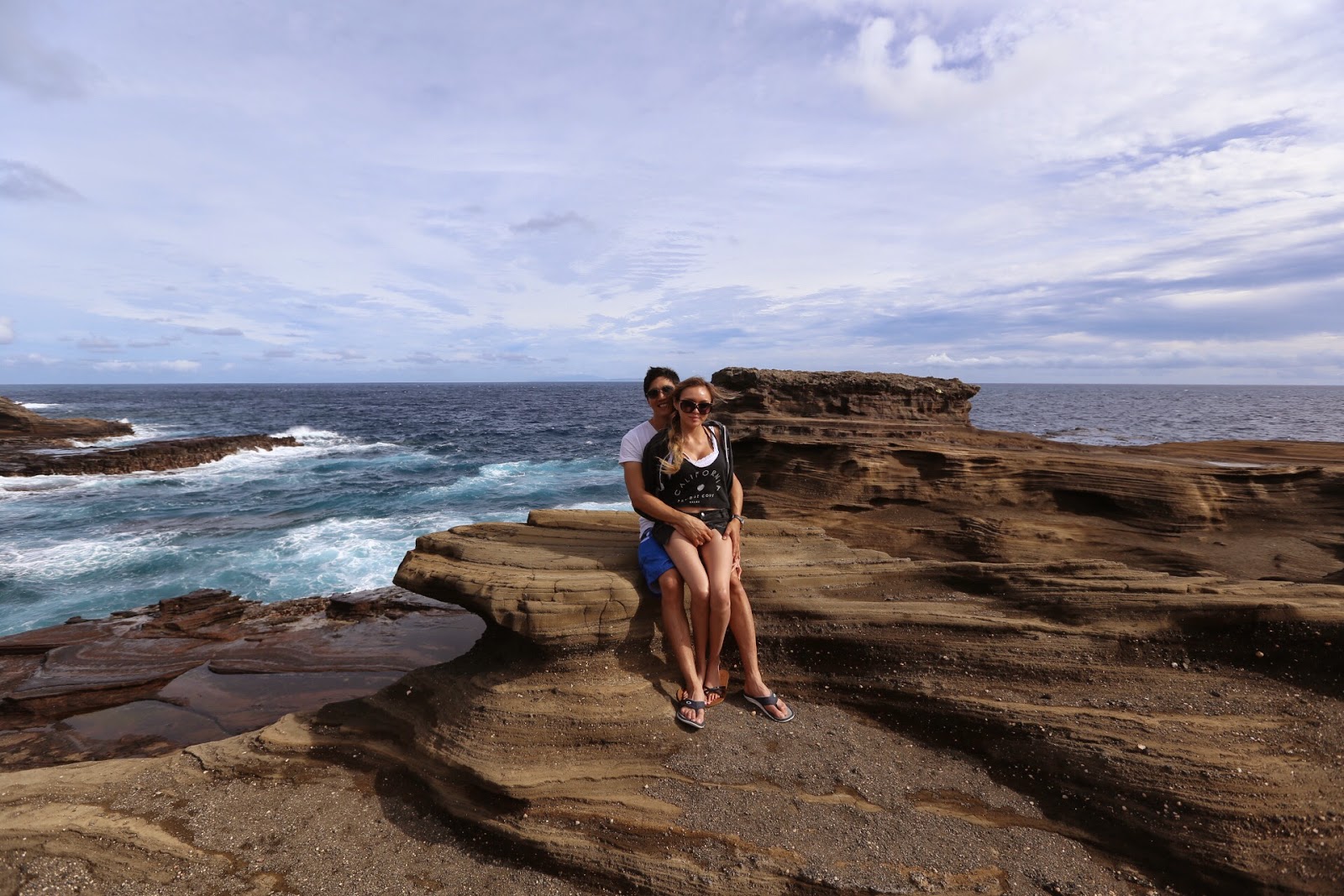 Beautiful view after climbing back near the freeway. 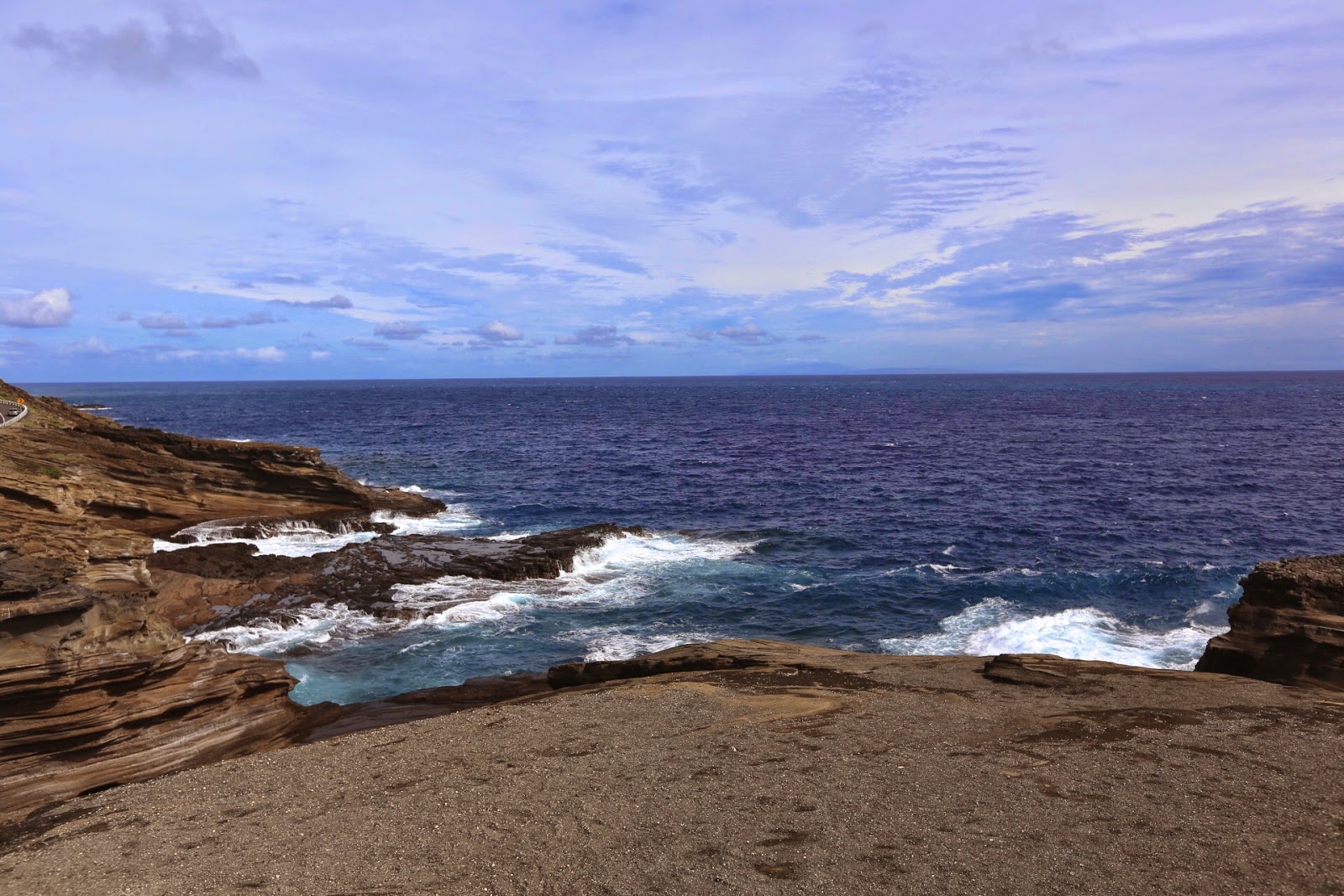 I can’t stress how blue and clear the water is here!!!
We drove back after several hours later to return the mopeds and came home to get ready for dinner time.
Paradise Cove Luau, Kapolei
Unfortunately, we came 2 hours late, and was not able to participate in the early activities, so we only ate and watched the remaining of the show. 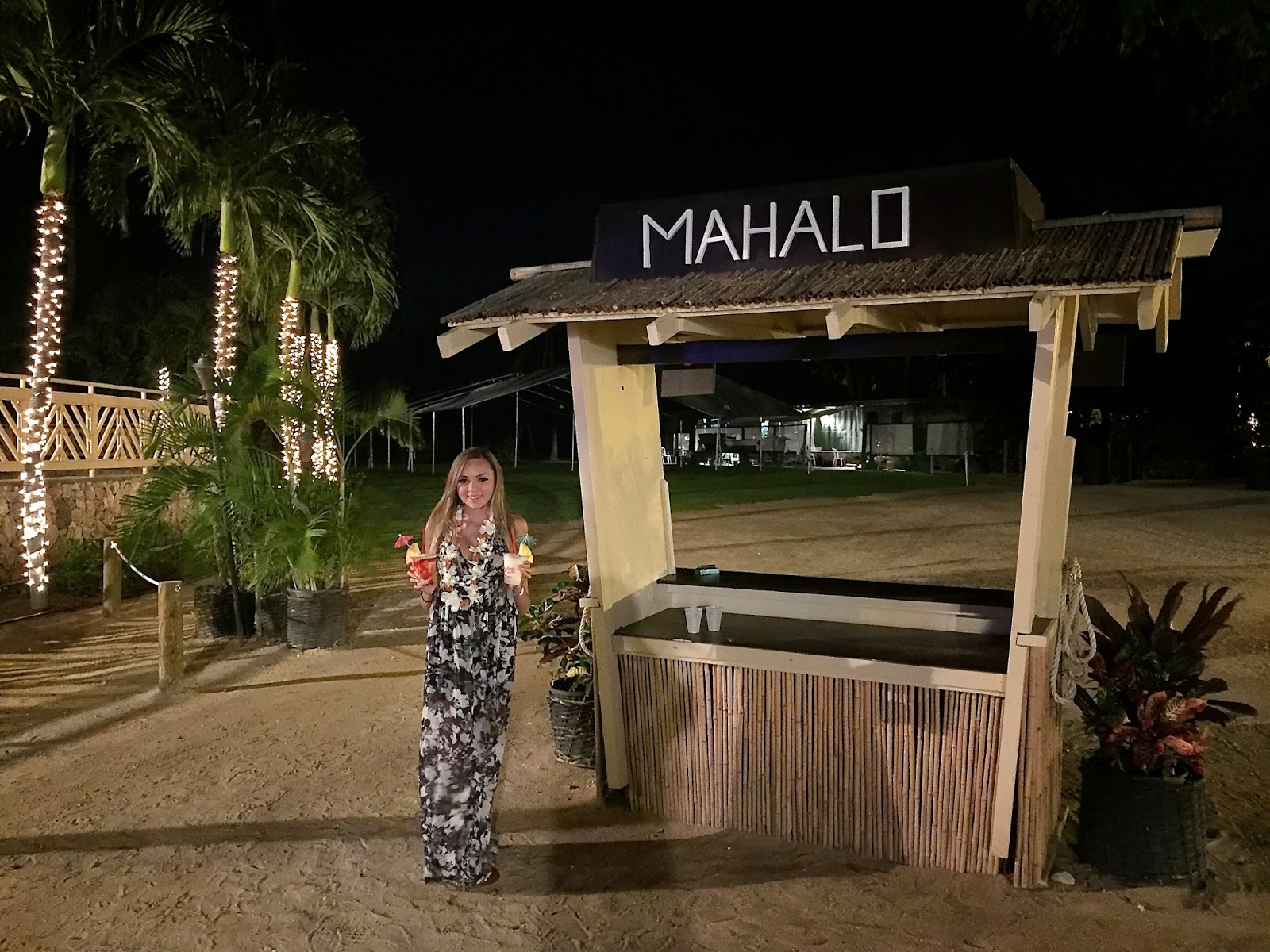 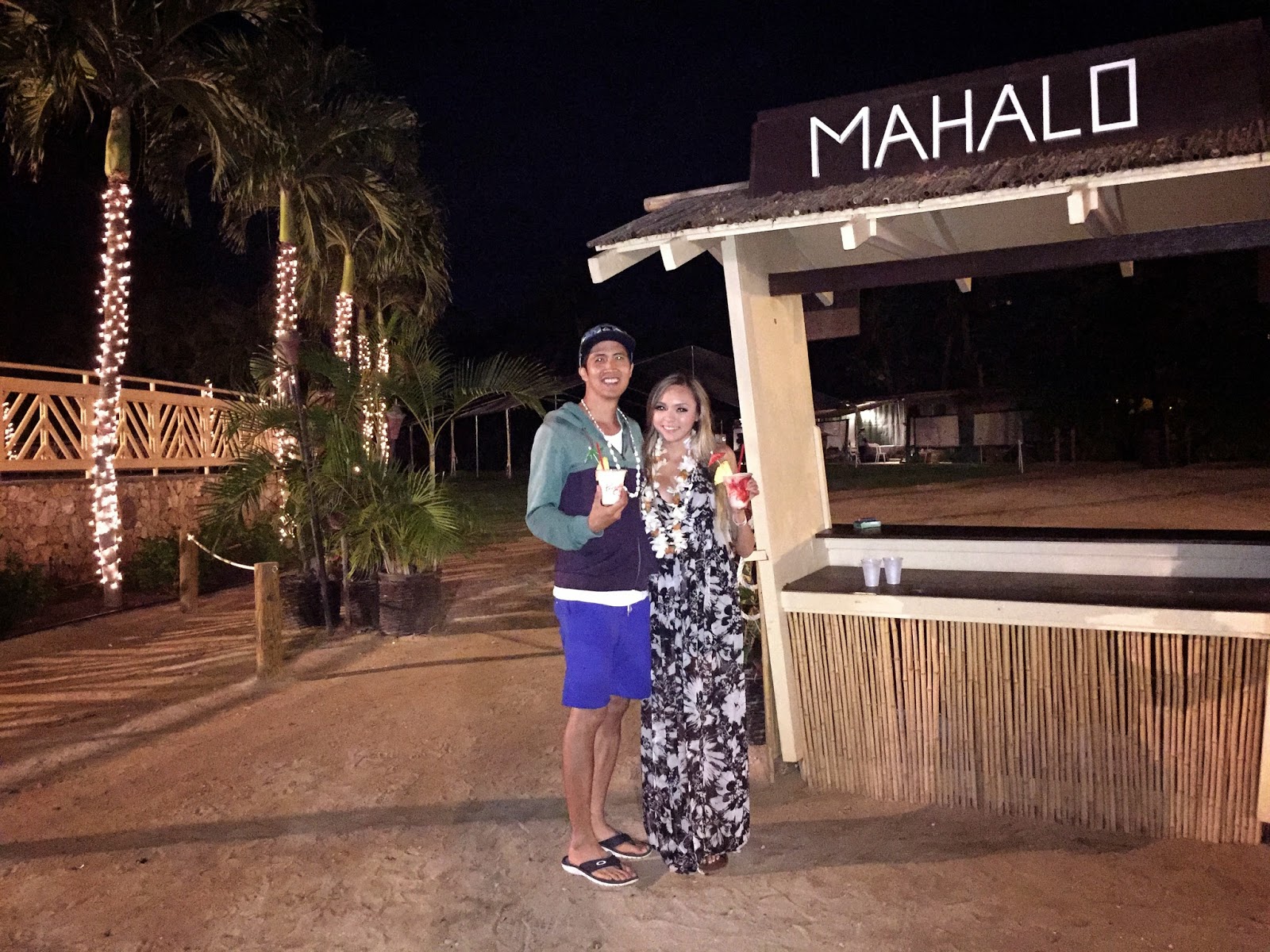 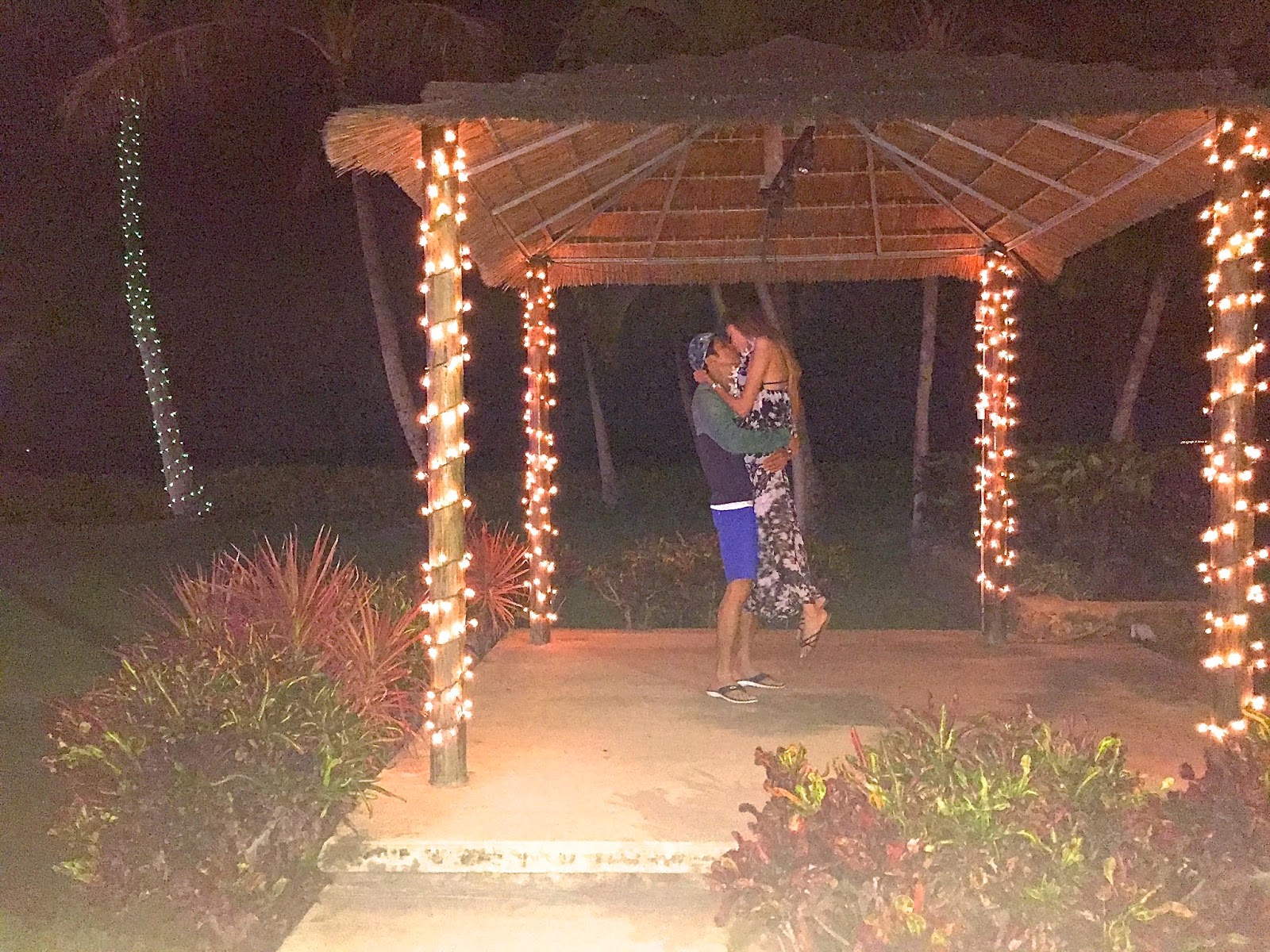 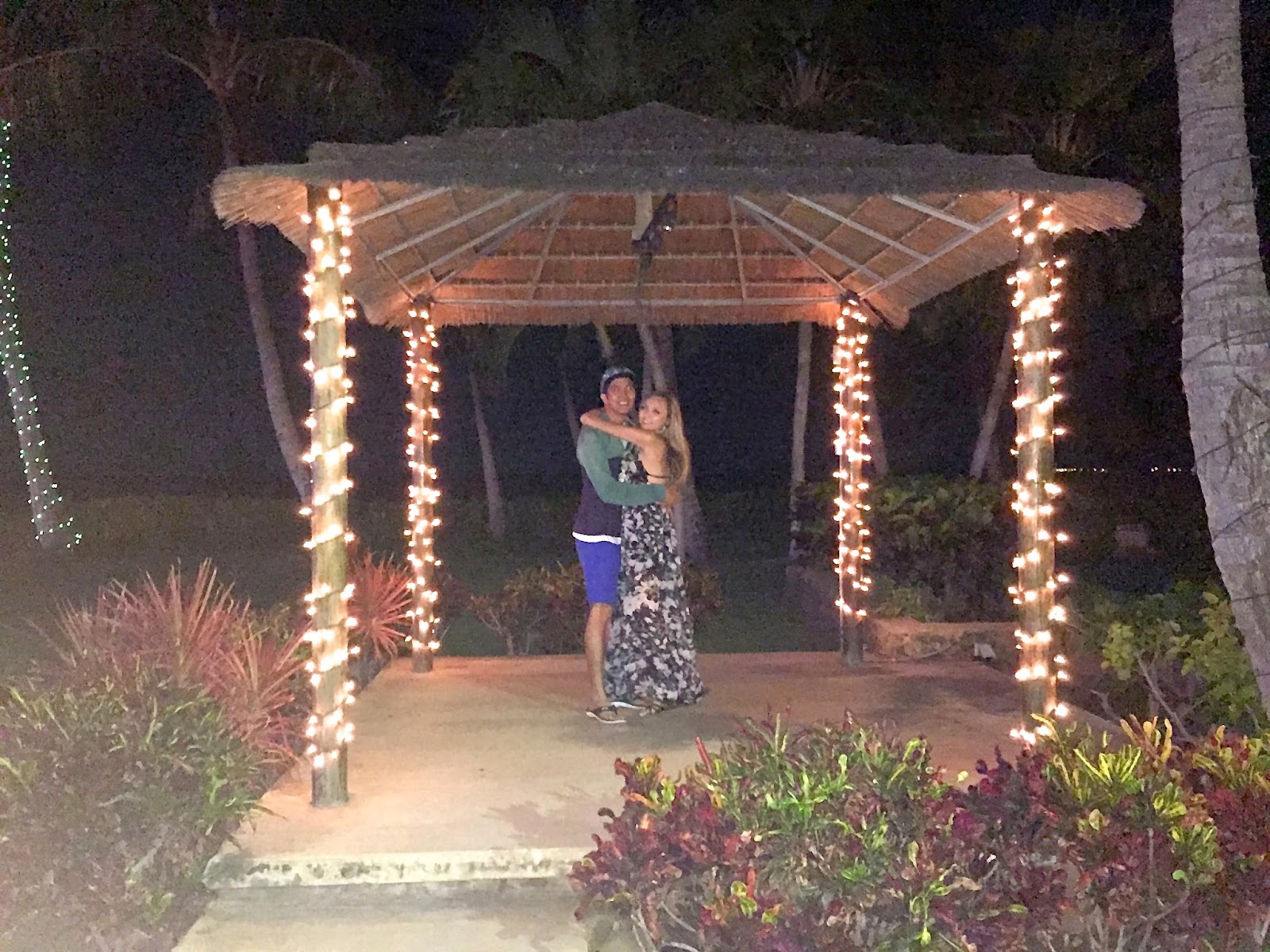